Article versions are an important safeguard for any documentation or article that’s continually being updated and revised by multiple contributors.

In Document360, any time a project member clicks the Edit button on a published article, a new, unpublished version of that article is created, and the old version is added to the article’s version history, but remains live until the new version is published. This allows project admins and contributors to compare differences between versions and revert to a previous version at any time.

Don’t worry, creating a new version of an article doesn’t erase your content. Only you can do that.

There are two ways to create a new version of an article:

For example, you may be editing version 3 while version 2 is public. There are three actions you can take on article versions:

You can make any previous version of an article public by opening that version and clicking Publish.

You can also see detailed information about each version including the version number, the author, when it was created and which version is public. 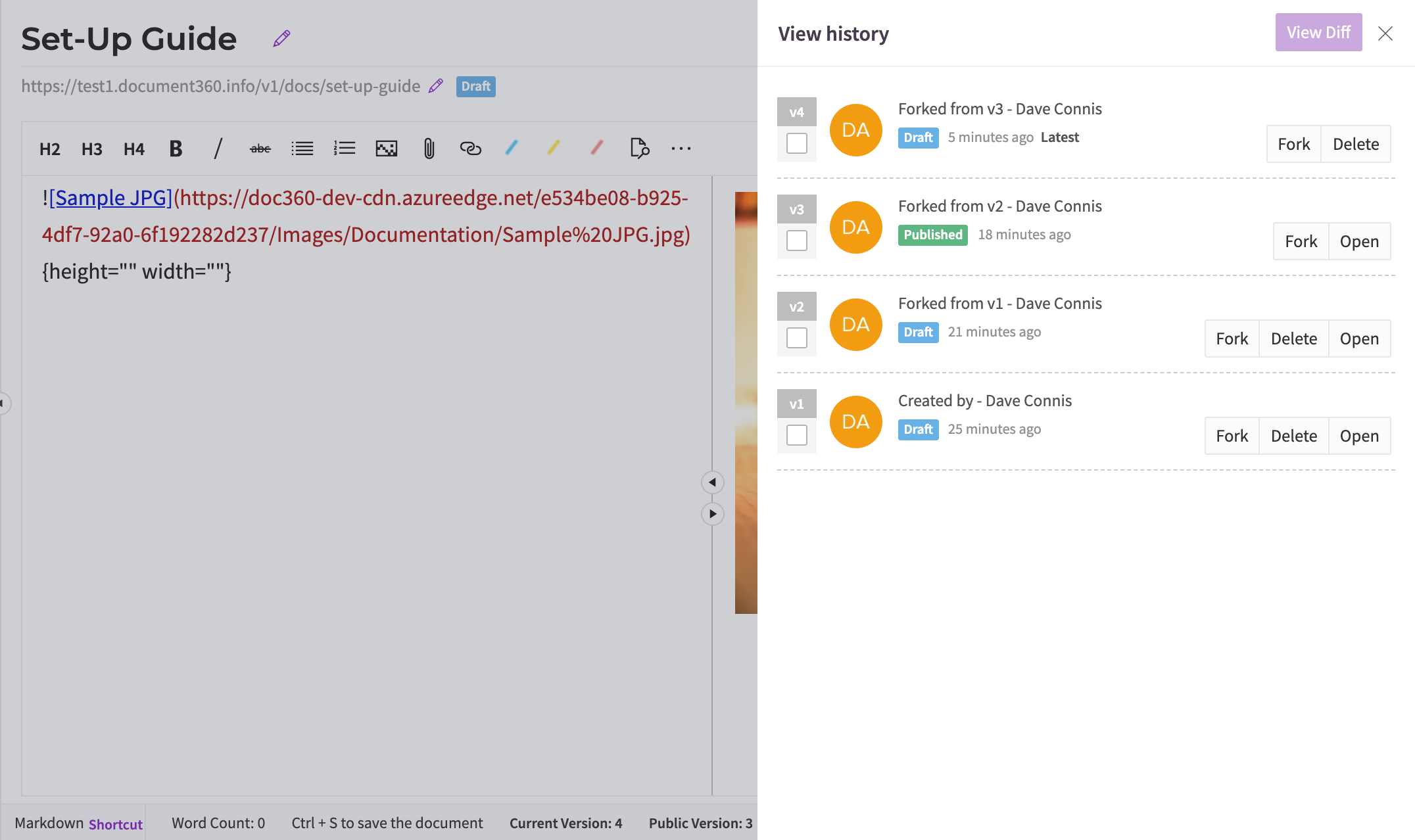 Viewing differences between each article version

You can open any two versions at any point in an article’s version history and compare them.

There are four different ways to view differences between versions:

Was This Article Helpful?